Forget the dozens of T20 leagues around the world, forget whether India and Pakistan don’t play a bilateral series, forget the Ashes. The biggest cricketing tournament in the world the quadrennial ICC Cricket World Cups is now part of the discourse among fans and punters. No other tournament garbs as much attention and eyeballs as the Cricket World Cup does. As a punter you may already be busy with your maths and analytics. From judging team form to studying the conditions you have your hands full as you anticipate what’s expected to happen in this year’s tournament. So which team is ahead in the race and which players are likely to do well? Bookmakers and cricket analysts have already come up with their ICC World Cup betting predictions. 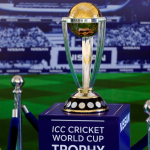