When Graeme Smith’s South Africa side toured Australia in the 2008/09 summer few locals believed they were capable of being the first South African side to win a Test series on Australian soil.

This was largely based on the previous four South African touring sides post-readmission who looked impressive and promised a lot but when the pressure was on, wilted due to a combination of their own mental tentativeness and excellence of the Australian opposition. While South Africa had triumphed pretty much everywhere else in Test series Australia seemed to hold that mental edge over them.

Of course, this was the era where all sides had found it impossible to defeat Australia in Australia in a Test series. The Australian side had not lost a Test series at home for over 15 years and with their plethora of champion players they had destroyed an endless series of hapless tourists.
Why would this series be any different?

However, astute observers would’ve noted beforehand that this would be a particularly difficult challenge for Australia. For one thing, they had lost a bunch of champion players within the previous 24 months – Langer, Gilchrist, McGrath, Warne – most of whom were contenders for Australia’s all-time XI.
Probably the most significant of these departures was Shane Warne, who seemed to always raise his game for a contest against South Africa with his leg-spin invariably having them perplexed and mesmermised. As well, his public chiding of Graeme Smith (like Daryl Cullinan in the 1990s) just seemed to reinforce the perception that Australia always had the mental edge over South Africa when it counted.
In the leadup to the South Africa series, Australia had comfortably won a short Test series against a weak New Zealand lineup but their struggles on a tour to India – they lost 2-0 in a 4 Test series – were a more significant indicator of how vulnerable they were.

But more significant than the decline in Australia’s talent was the maturity and self-belief in Smith’s South African side. They had triumphed earlier in the year for their first series win in England since readmission which was particularly impressive for how they won the deciding Test. Chasing a challenging 281 against a strong England bowling lineup, they had slumped to 4/93 with Andrew Flintoff looking likely to run through the lineup. But in one of the great captain’s knocks, Smith counterattacked and led his side to a relatively comfortable victory by 5 wickets with an undefeated 154*.

South Africa had made a bold move to make Smith captain at a young age and now it was paying dividends. After some difficult times (including on the previous tour of Australia) he had matured into the job and relished challenging situations and had clearly developed a side that was prepared to follow him all the way.
And this was a series where South Africa would be challenged constantly. Particularly so in the opening Test in Perth where chasing an adequate 1st innings Australian score of 375, South Africa were cruising at 3/234, when they suffered a horrendous collapse late on the 2nd evening when new left-arm speedster Mitchell Johnson ripped through the South African batting lineup (something he would do often in his career) to take career-best figures of 8/61 as South Africa crumbled to 281.

Here it seemed the same old story for South Africa; crumbling when the pressure was on in Australian conditions. And when Australia set 414 to win surely there was no way they could come back.

But they did, and with remarkable style. Not only did they create history with this 4th innings chase, they did so comfortably with 6 wickets to spare. Notably they reached the target at an impressive run rate of 3.47 which was far above their usual sluggish batting efforts on previous tours of Oz. Clearly with Smith leading the way (who scored a century in this chase) this side wasn’t intimidated by Australia anymore.

For Australia, the absence of Warne was badly felt; notwithstanding the WACA wasn’t a ground he prospered at, it’s impossible to think his skill and intimidation wouldn’t have made it significantly harder for South African in this situation. Instead, Australia had as their main spinner aggressive off-spinner Jason Krejza who was milked easily by the South African batsmen for 102 wicketless runs and never played another Test.

But Australia weren’t going to lie down after such a defeat and had an excellent opening two days of the MCG Test. Led by a century from captain Ricky Ponting, Australia’s 1st innings of 394 looked like 694 when South Africa played some loose and sloppy cricket to slump 7/184 late on Day 2. Surely they couldn’t come back from this even bigger hole?

Remarkably, not only did South Africa fight back from the brink once again, but with even more panache than the previous Test. Led by a mature 166 from young left-hander JP Duminy (just playing his 2nd Test), South Africa managed to remarkably obtain a 1st innings lead of 65.
Despite 99 from Ricky Ponting, Australia seemed mentally defeated by this turn of events and folded rather meekly with the bat on the 4th day and South Africa chased down 183 with ease by 9 wickets. In more ways than one it was a historic day.

For Australia the struggle to replace their array of recently-retired champions was compounded by the struggles of those remaining in the side. Veteran paceman Brett Lee had a dismal tour of India and was ineffectual against South Africa and then injured during the Melbourne Test which played a part in South Africa’s fightback on the 3rd day; it was to be his final Test. Similarly, dominant and intimidating opener Matthew Hayden had lost form on the tour of India and struggled even worse in this home summer, failing to reach 50 once in 5 Tests. He would retire at the end of the South African series.

Despite all these problems, disappointments and wasted opportunities, Australia had a lot of pride (and still a lot of talent) and didn’t want to be the first Oz side to be whitewashed in a home Test series. Freshened by a couple of debutants and an opposition probably not playing with the same drive and intensity, Australia got on top through a Michael Clarke century (and strong tailend support) in the 1st innings and held the advantage through the rest of the Test.

South Africa displayed some stubborn resistance from keeper Mark Boucher and paceman Morne Morkel but once Graeme Smith was effectively out of the game with a hand injury from Mitchell Johnson, they were always going to struggle.

When South Africa lost their 8th wicket soon after Tea on the final day on a deteriorating pitch and Smith almost certain unable to bat, Australian fans and players felt relief that finally they were going to take advantage of a dominant position in the series.

This is the point where anything could have happened, many people headed over to signupbonuses.co.uk to find and compare offers on what a possible outcome could be.

But remarkably Steyn and Ntini batted together for approximately 90 minutes as the unthinkable began to crop up and South Africa performing their 3rd great escape in 3 Tests. When Steyn was dismissed everybody expected the Test to be over but to the surprise of many, Smith came out to bat. That he did so with a badly injured hand on a pitch with plenty of cracks in it against the likes of Mitchell Johnson was a testament to his courage and why he had the respect of his team and opponents alike.

It looked like the most miraculous escape of all would occur and South Africa would escape with a draw but with just 10 balls to go Johnson managed to hit a crack and beat Smith’s defences and Australia had won a memorable Test in a memorable series.

Overall, despite Australia being on top of the majority of it, South Africa had their breakthrough series win in Australia through a mixture of skill, excellent leadership and character. A sign of how well South Africa fought this series was the efforts of tailend batsmen Steyn, Morkel and Ntini, providing resistance that they hardly elsewhere did during their long careers. For example, Steyn’s 76 in the 2nd Test is far away his best batting innings in terms of runs and balls faced during his long Test career. It probably needed efforts like that to end Australia’s remarkable unbeaten run at home. 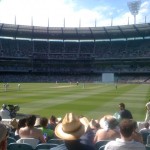 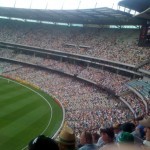 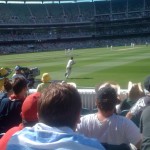 In praise of David Warner and his home Test record

A look back at Australia at the 1999 World Cup

A look back at Australia at the 1996 World Cup

A look back at Australia’s 1998 Test tour of Pakistan