Different sports are popular in different countries. For example, basketball, baseball, and football are the most popular sports in the US. When it comes to India, one of the most popular sports there is cricket. Coincidently the Indian Premier League is one of the most-watched leagues in India. Both the younger and older generations have favorite players that they love to see play but because they’re from different teams they can’t be seen together. This was impossible up until the legalization of fantasy sports. Fantasy cricket makes every player that ever played cricket available so fans can make any kind of combinations. Fantasy IPL is so popular in India that people place bets on fantasy matches. 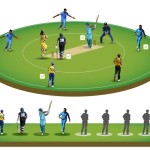 Why Do Indian People Use Websites to Bet on Fantasy Sports?

When it comes to betting and gaming, Indians can’t do either of those things because they’re prohibited by law. The confusing thing is that the Constitution allows the states to create their laws regarding betting and gaming and so far Sikkim and Goa are the only two places where people can visit casinos legally. This tricky situation forces Indian players to look for an alternative online. This alternative is technically legal and that’s why so many Indian people use websites to play casino games and bet on fantasy sports. But why are they so popular?

The Advantages of Fantasy Cricket

Fantasy sports are played online and when it comes to Indian law it’s tolerable in their book. There aren’t any laws against it so players won’t get punished if they play fantasy cricket. The fact that they’re available online means that people can play them whenever they want from the comfort of their home or any other place. What makes them exciting to play is that each player is in charge of their team and has to take care of them as a real manager would.

Fantasy cricket is a game of skill so grouping your favorite players in a team won’t make it a good one. You have to constantly improve your team, take care of your players and keep an eye on sites that regularly update fantasy cricket statistics i.e. sites that show you which place your team’s in the leaderboard, who won the last fantasy IPL and so on. Constantly keeping up with the current affairs of your favorite fantasy sport will increase your chances of your team becoming one of the top teams. 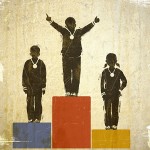 Making a fantasy cricket team that does a good job on the cricket pitch and competing isn’t enough. The big prizes offered are the best part. They are the perfect stimulation that fantasy team managers need to defeat other teams and rise to the top. All in all, fantasy sports are a fun way to spend your free time and a great way to learn about competitiveness. Combining your resources, in this case, players and money to buy them, and constantly improving them teaches you a lot about what it means to be ambitious.