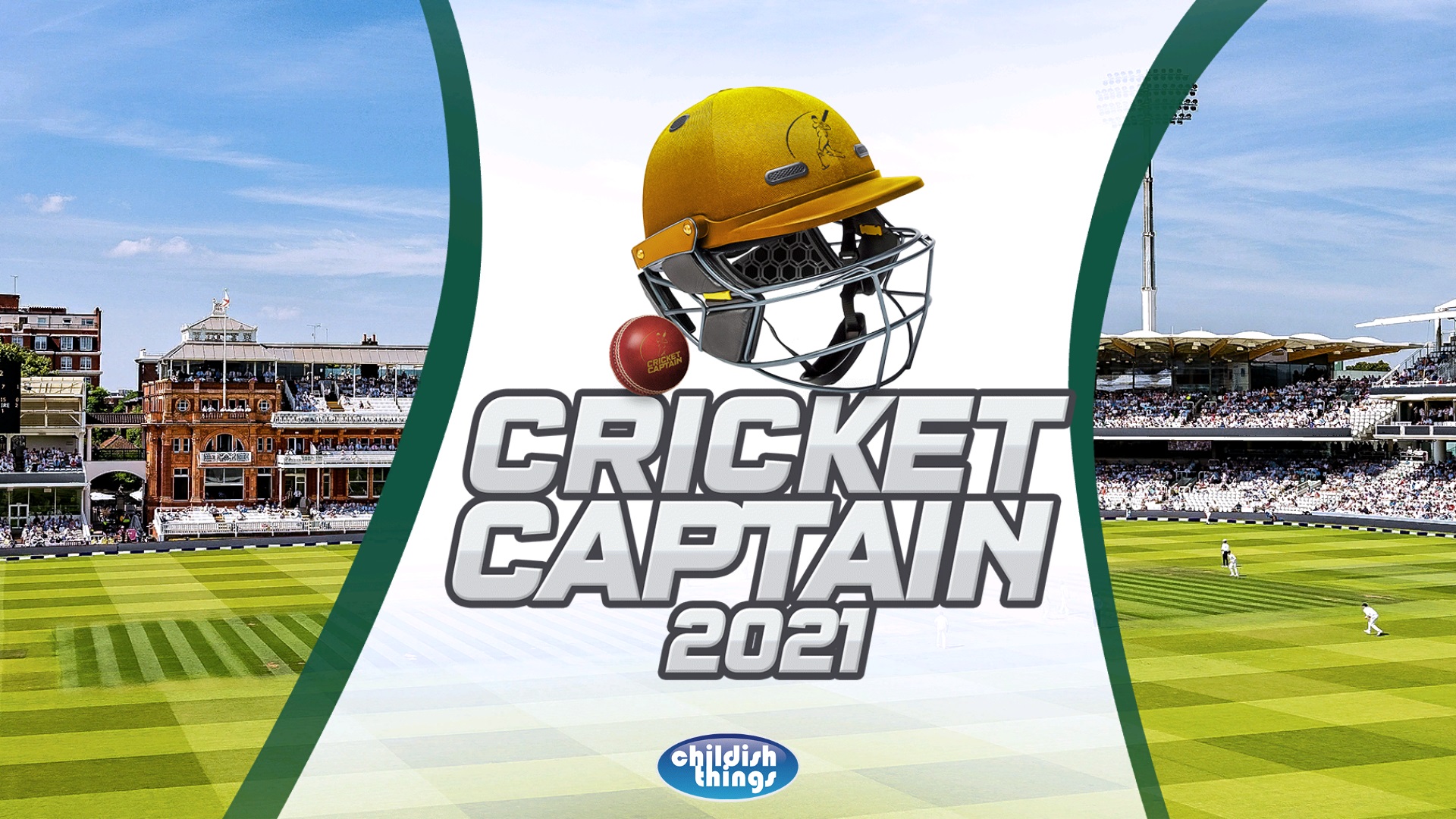 Cricket Captain 2021, the latest iteration of Childish Thing’s Cricket Captain series, bears a newer look on its face with the introduction of a new logo, a yellow helmet, which is also present on the game’s folder icon. There are newer features present in the game too- it boasts the addition of a ‘Super Over’ to the game (Unconfirmed reports suggest that the New Zealand parliament has taken a grim view of this development), allows the players to receive job offers from around the world and has made certain changes in its interface, like an updated database, Target RPO (T. RPO) being replaced with Estimated RPO (E. RPO), etc.

During the first few hours of my game, where my performances went as smoothly as Dhoni’s tenure as India captain, I was able to juggle between the various game modes on offer. There is the full game mode, where one can choose to play the First-Class, List A, and Twenty 20 competitions of seven Test-playing nations- India, Australia, England, Pakistan, West Indies, South Africa, and New Zealand, (The Bangladesh career offers only Twenty20 competitions, no first-class team at present) along with the option of leading their favourite national teams. There is an international career where players can focus solely on leading the twelve Test-playing nations. 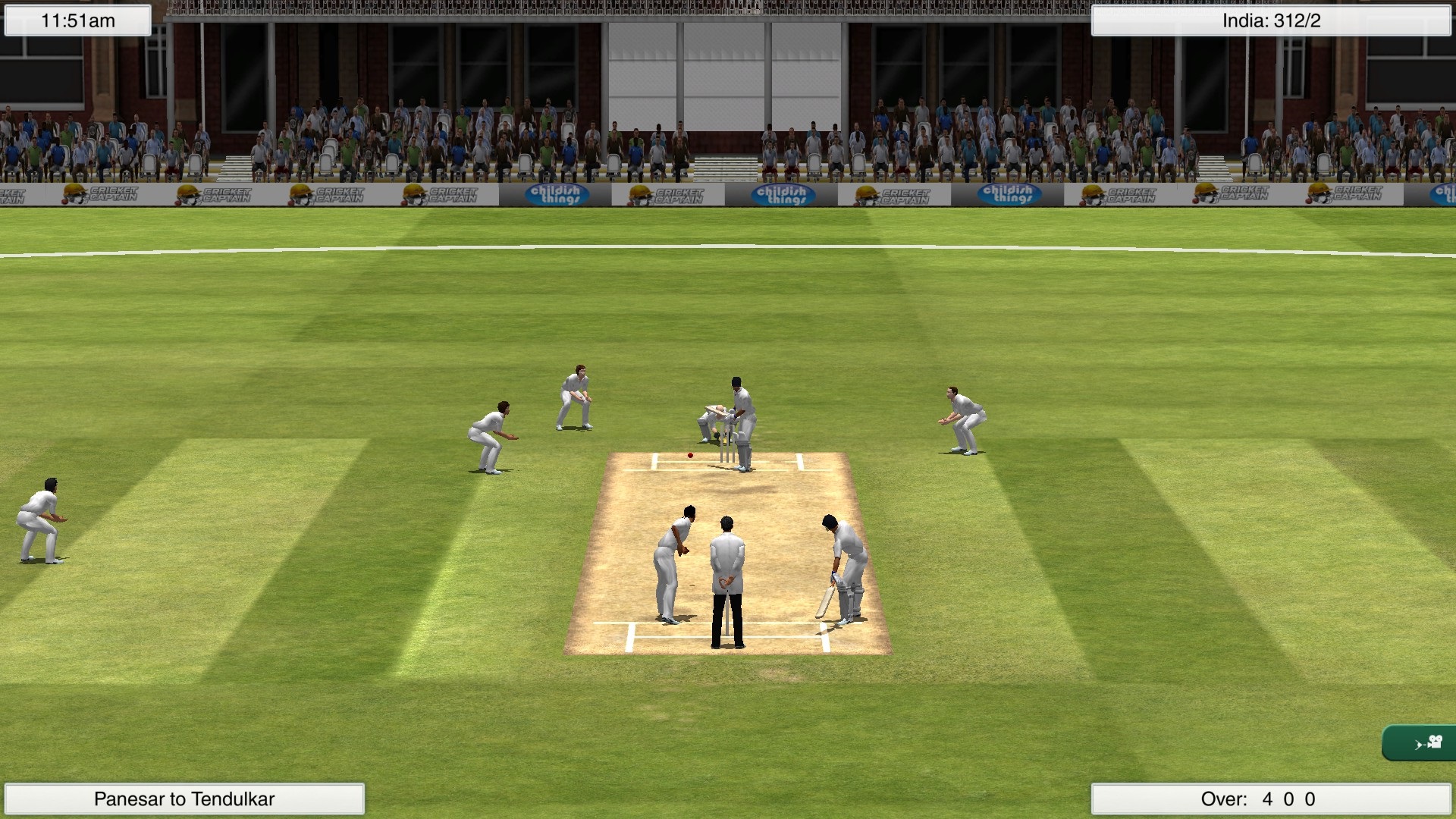 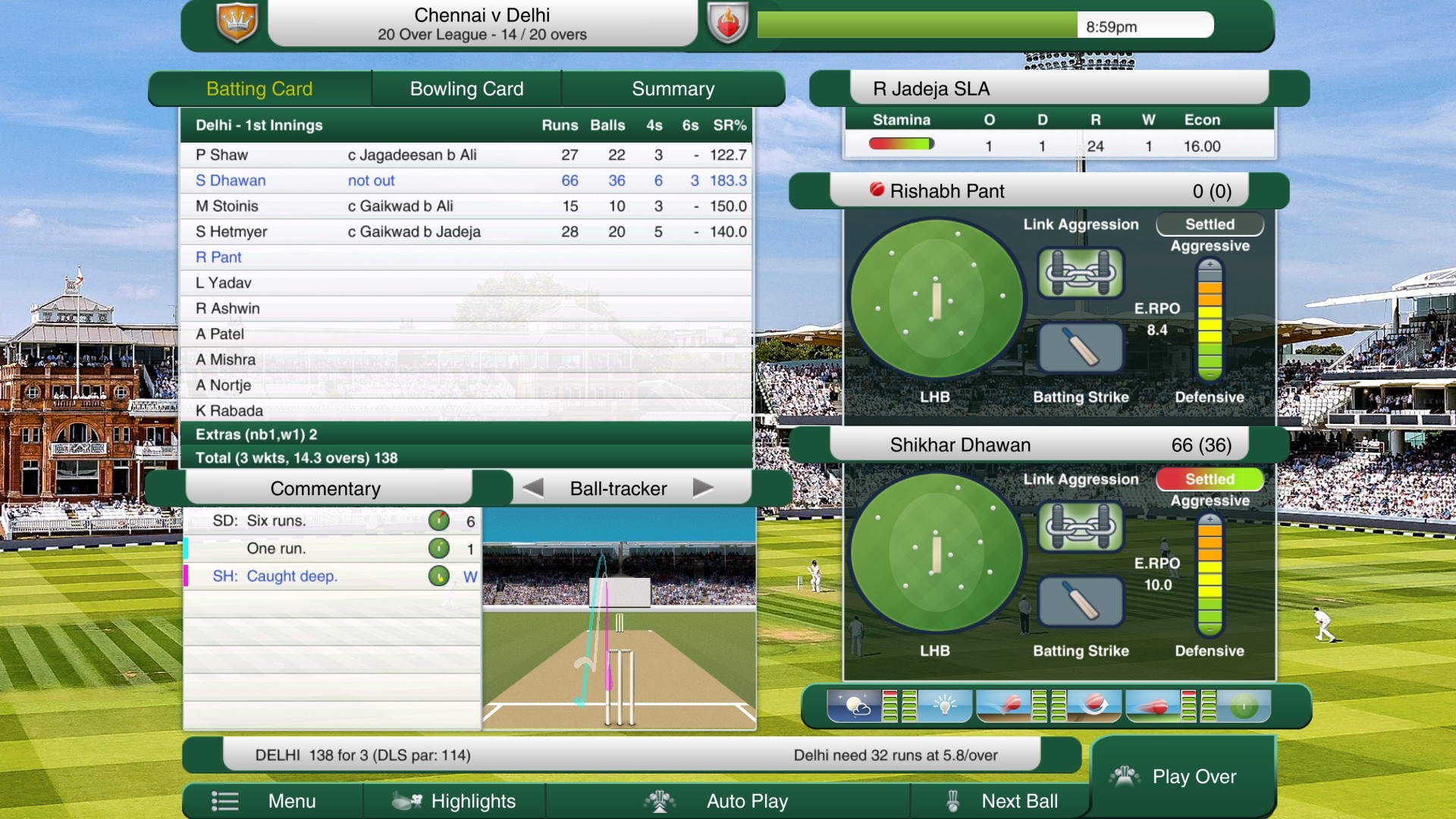 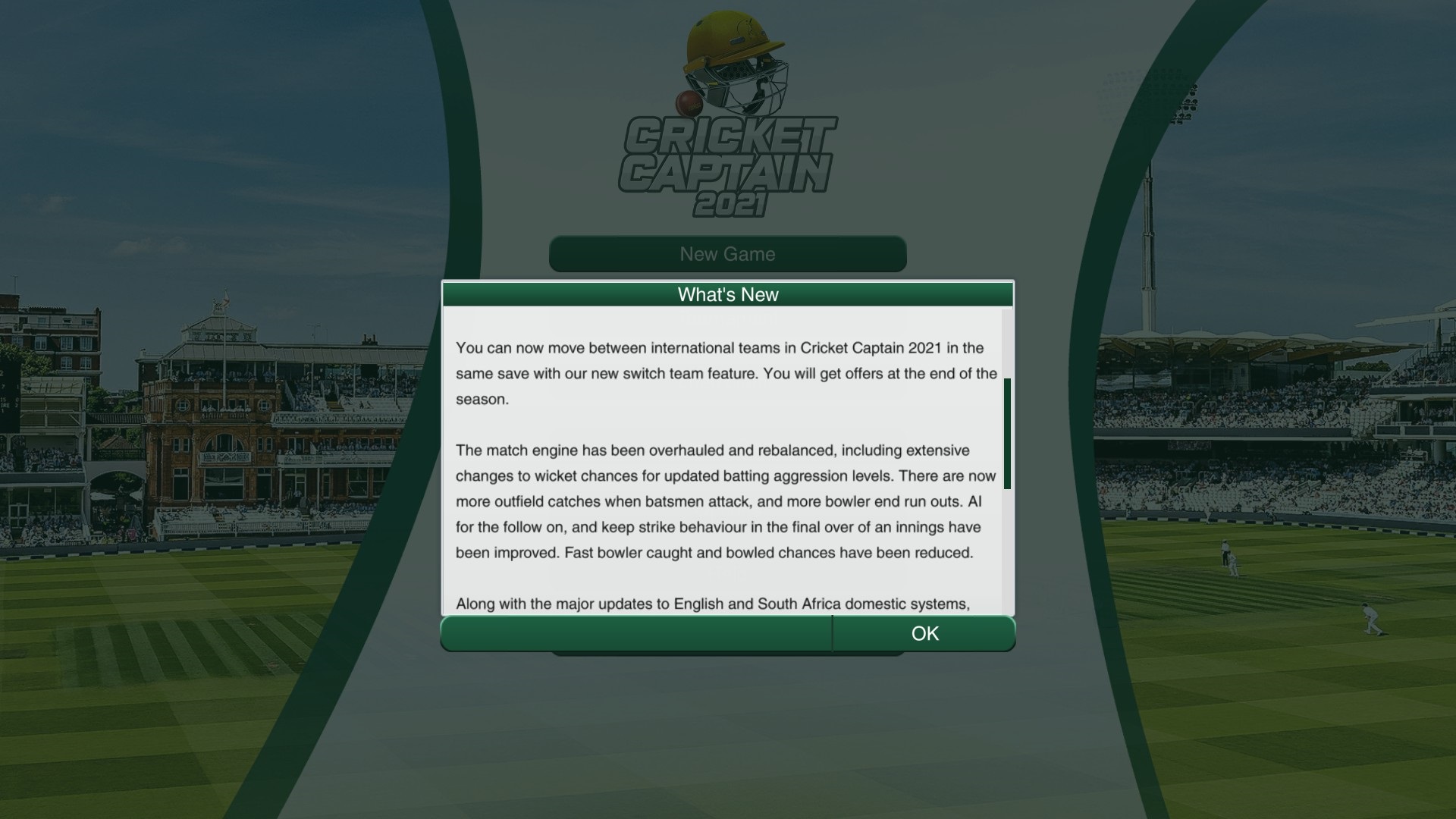 The gameplay, and the same holds for the last few iterations, is a fun affair. The continued presence of the newest format of the game, The Hundred (introduced in Cricket Captain 2020 before the competition was even played in real life), would surely interest several newer fans to the game.

One of the positives is that the game mirrored the real-life form of certain players. So, Jasprit Bumrah wasn’t at his best during the Test Championship final against New Zealand, while Rishabh Pant continued his exceptional form during the England Test series.

The E. RPO depends on the batsman’s aggressive intent (so someone like Andre Russell will automatically have a higher E. RPO as compared to say a Virat Kohli, even if they are at the same aggression bar while batting), the opposition bowlers, the state of play and how settled the batsman is into his innings. This helps in making the batting an interesting affair in the game.
Another good point while playing the game was the fact that teams like Ireland, Afghanistan etc. have a proper schedule. This development would surely delight the fans of these sides.

But discussing only the positive of the game would be giving half the account. Like when I had stated earlier that my gaming performance with Cricket Captain 2021 went as smoothly as Dhoni’s tenure, I forgot to mention that I was comparing my performances in away Tests with his captaincy in whites away from home, particularly during India’s tour of England and Australia in 2011.

Similarly, the Cricket Captain has done a fine job in certain departments, however, is lacking in some places.

To begin with, fans would expect an evolution in terms of gameplay, structure, and content over some time, but the Cricket Captain series seems to be doing the same at a slow rate. So, while each year there are minor changes such as the introduction of a new league, DLS or Super over, the product, by and large, remains the same.

This means that at the base, there has been little change in terms of how a player goes about readying his side for an encounter for the last few years.

The ‘innovations’ present in the game aren’t something new or innovative, for e.g., the Super over is introduced in the game a whole 13 years after it was first used on a cricketing field.

Another glaring issue is the omission of the women’s game, which has become the talking point of the sport in the last few years, especially with the success of the World Twenty20 last year and the introduction of The Hundred. Its inclusion surely wouldn’t hurt the franchise.

The point remains that these ‘newer’ changes shouldn’t be that tough to implement. Some of the other cricket management games back in the day allowed players to coach one of the many international sides, including non-Test playing nations, and switch between sides long before Cricket Captain did the job.

No one expects a cricket management sim to provide graphics similar to even the EA Cricket/Codemasters era games, but the players do take exception to the lack of novelty in the Cricket Captain series. This can easily be gauged through the fan reactions on web forums and websites like Steam.

The game does a fine job in helping the armchair cricket fanatics to lead their favourite teams to glory and live out their cricket fantasies. But the trouble is that other than some minor changes, it plays in the same fashion to earlier iterations of the game.

Cricket Captain is the most complete cricket management sim today, but a big reason behind that is that it is also the only cricket management sim out in the market today. One could discuss several changes/improvements to the game (such as introduction of DRS, inculcation of more classic matches, greater interaction between the game interface and fans etc.), however, the fact remains that it is hard to see any major improvements unless there is a change in market conditions.

By change in market conditions, I refer to change in consumer preferences (a greater number of people start buying the games and start demanding for changes in subsequent editions) or rise of a competitor who can produce a similar (cricket management title) yet differentiated product, which can tussle it out with Cricket Captain series for the top spot. Or maybe the New Zealand parliament can vote to divert significant resources of the island nation towards creation of the perfect cricket management franchise. Of course, minus any Super Overs.