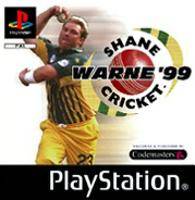 After the disappointments of CWC 99, SWC 99 quenched our thirst for a decent, playable, arcade cricket simulation.

After having played Cricket 2002 for a week now, going back to SWC 99 was like, well, going back a few years in time. The graphics were what you expect from a PSone game, with some terrible textures and the classic jumble of colours crowd standing out.

The sound was good, with the solid thwack of the bat making contact with ball sounding realistic, and some nice commentary from Jonathan Agnew. Why is it that the back-up commentators always suck! Boycott is a complete goose and should never be allowed near another cricket gaming project again!

The gameplay was really what made this game a winner, with semi-realistic scores on the County Mode, although at the start of the innings you can take 20+ runs an over with ease. The squads in the game are so out of date its not funny, and there are some errors (Gilchrist – defensive???) but you can get over this. A strange thing is that if you use the generate innings feature some strange decisions are made by the CPU captain. M Waugh and S Waugh bowl 20 overs apiece, while McGrath and Warne will be lucky to bowl 10!

All the standard play modes from a cricket game are here, test series, world cup, world series, exhibition and knockout, with the extra bonus of test season which allows you to take a team from 92-93 through to 98-99, the only downer is that the team remains the same throughout, so no Boonie to 95-96, no Border to 94.

All in all this really was the king of arcade cricket games till Cricket 2002 hit the scene, and if you can pick it up for $20 in the bargain bin at your local games store, its a good buy.