Gibberish surrounding rain made to sound like a real issue

Just had some ready salted crisps

People confusing bleakness and grime with constant rain. But that's just England, and Birmingham in particular.

Imagine if England had been slowly batting and consolidating for the late Buttler burst and it rained and Aus won by 5 runs on DL. What a farce.
9

Daemon said:
Imagine if England had been slowly batting and consolidating for the late Buttler burst and it rained and Aus won by 5 runs on DL. What a farce.
Click to expand...

Ye but we didn't, so they didn't and it wasn't.

We'd have needed loads of rain if your mate Corbyn had got in. He planned to nationalise water and distribute it out in rations

I don't know if I've posted this before or thought about posting it, but the OP talks about facts; I am curious to know how many 50 over matches get reduced in England? It is always less satisfying an outcome winning by D/L then actually hitting the winning run or taking the final wicket (or restricting the opposition too I guess).

GIMH said:
We'd have needed loads of rain if your mate Corbyn had got in. He planned to nationalise water and distribute it out in rations
Click to expand...

There's more than enough to go around, even though it never rains in England. 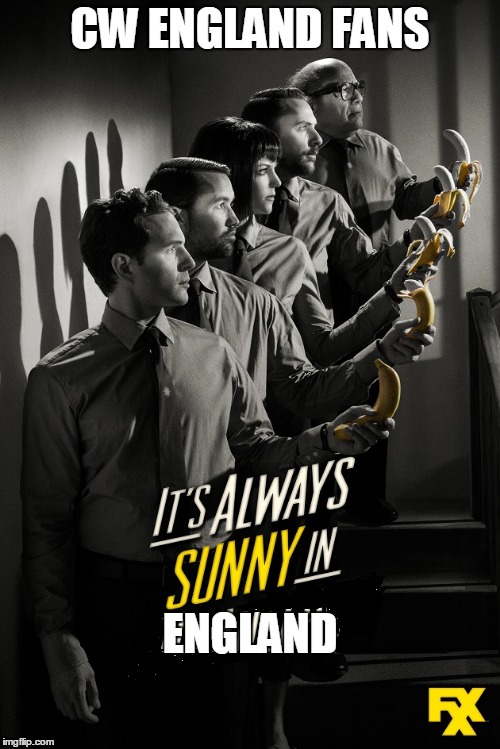 Nice to see Bangladesh have a new fan

Appropriate bump, as I'm led to believe it is going to be 30C over a lot of the country this weekend, with no rain in site. How's Sydney mate?

Stunning as always. More visual beauty on a 15 minute walk around the Balmain foreshore than in the entire British Isles. And that's before you hop on the ferry to head to work and take in the harbour.

Hopefully no one keels over at the thought of a 30 degree day. The pasties get their shirts off when it hits 15. Dire stuff.

What a great read this thread is. It reminds me how people from nations inferior to the UK (which, tbf, is all of them) get their kicks from things like the weather (you're close to the equator, it's hot, here have a participation trophy) and how big their land mass is, rather than the exceptional achievements of their countrymen such as the bands that revolutionised popular music, sports played all around the world, Shakespeare, being the only country to stand firm against Hitler, the telephone, the television, ending the slave trade. But no you have four timezones and it's hot waaaaayheeeeeeeeey