R Ashwin stirred up a controversy by Mankading Jos Butler! Everything you need to know about the Mankad rule

Mankading a batsmen at the non-strikers’ end has long been a controversial move in the history of cricket. Vinoo Mankad, an Indian bowler, was the first to dismiss someone in this manner. Hence, the name, Mankad Rule. Jos Butler’s run out in a recent match between Kings XI Punjab and the Rajasthan Royals has kicked up a storm once again.

This is the first use of the rule in the history of IPL. R Ashwin received a massive backlash for his actions. There was a heated reaction between Jos Buttler and Ashwin on the pitch as the Third Umpire was being called into question. Butler was given out ultimately.

But the question still remains why this rule is so controversial and is the criticism hurled at Ashwin justified? Let’s understand the rule in detail.

Application of the rule

You need not have watched cricket for long to understand the circumstances in which the Mankad rule can be applied. It is common for a batsman at the non-striker’s end to leave the crease before the delivery of the ball in order to gain advantage to cover the pitch faster.

As per the experts of the game a run out should be permissible only when the batsmen attempt a run after hitting the ball. The batsman at the non-striker’s end is backing up when during the delivery of the bowl. The major criticism of applying the Mankad rule is that since the bowl isn’t delivered yet the batsman at the non-striker’s end is not attempting a run and hence can’t be run out.

However the law 41.16 of the Marylebone Cricket Club clearly states that the bowler is permitted to run out the non-striker if he is out of the crease before the delivery of the ball. The application of this rule is permissible from when the ball comes back into play to the point just before the bowler makes the delivery.

Ashwin came out on an offensive after the match stating how he was not wrong in running out Butler. He said that his action was pretty instinctive and that Butler had already left the crease even before he loaded for delivery.

The Law 41.16 has been amended in 2017 and it allows the bowler to run out a non-striker until the point the ball hasn’t left his hand. Earlier the rule allwed running out only before entering the delivery stride. Therefore we don’t think the criticism received by Ashwin is justified. 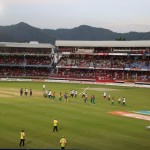 The controversy sure has kicked-ff IPL now

Not that the tournament requires any hype to be generated given its huge popularity throughout the world but this controversy sure will attract a lot more cricket fans that usual. A lot of drama awaits us in the IPL and the punters must be buzzing with that prospect. We believe there will be massive explosion of exciting games this time and therefore suggest to make the most of these freebets available with the trusted aggregator freebets.co.uk.

Cricket betting, like all forms of sports betting, is a particular mix of strategy, luck and basic knowledge of the game and the players. Knowing who has been shining over a particular season is as important as knowing the general sweep of the various teams and about the intricacies of sports betting itself. Knowing about something like the Mankad law, which is pretty obscure to casual fans, could mean the difference between a major win and total loss.

It’s also crucial to make sure that you only use the most trusted online bookies around. The days of brick and mortar bookmakers is more or less over and though the internet offers convenience and easy accessibility to bookies all over the world, the chance of being ripped off by online bookies and sports betting sites is much higher than ever. It’s an easy problem to deal with, though, as all it takes is a Google search to get in-depth customer reviews of the various options that are out there. Do your homework, in other words, and you will be perfectly fine.

It is beyond comprehension why Mankad rule is characterized as lacking sportsmanship. Don Bradman had once defended Vinoo Mankad for running out Bill Brown saying that the rules clearly state that the non-striker must keep his ground before the delivery. If he doesn’t the bowler has all the right to run him out.