After a decade of trying and a few false starts, the ICC’s World Test Championship is finally underway and 2020 marks the halfway point of the competition. Its aim is to create a single top flight tournament for international test cricket, which can give fans a way to better follow the sport.

The tournament integrates some of the most prestigious test cricket series in the world. This includes The Ashes between England and Australia, the Freedom Trophy between India and South Africa, and the Trans-Tasman Trophy between Australia and New Zealand.

The final will take place at the prestigious Lord’s Cricket Ground in London, England, from 10th-14th June 2021. The format means that although the majority of the 3-year championship operates in a league format, the ICC can create the spectacle of a grand final where the winner is decided.

According to major oddsmakers, England are currently clear favourites to win this test series. This is likely to attract fans who are looking to engage in online betting over the five days. The World Test Championship has proved popular among fans with one major site reporting £17 million bet on a single match in 2019. 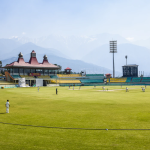 With 18 months of the World Test Championship left to run, there are still plenty of exciting tests to be played. In the coming months, cricket heavyweights like India, Pakistan, New Zealand and England will all be competing.

Taking place across February and April, the Bangladeshi tour of Pakistan will begin on 7th February at the Rawalpindi Cricket Stadium. This is one of the most fiercely competitive matches in test cricket due to the history of the two countries.

However, Pakistan has been dominant over the last two decades. Bangladesh has not beaten them in the last 20 years. Therefore, few would bet against the home side for this tour.

The second test will take place between 5th and 9th April, at the National Stadium in Karachi. This will begin just two days after a One Day International match between the two nations.

In 65 years of test cricket between these two sides, India has come out on top more than twice as many times as New Zealand. The Kiwis have only ever beaten India in a test series on home turf, so they might stand a chance this year.

The two sides will play five T20I games in January and February, followed by three ODIs in early February. The first test will run from 21st-25th February at Basin Reserve Cricket Ground in Wellington, followed by the second from 29th February to 4th March at Hagley Oval in Christchurch.

England will be touring Sri Lanka throughout March 2020. They will start with two tour matches, the first running between 7th-9th and the second between 12th-15th. Following this, they’ll play two tests.

The first test between 19th-23rd March will be held at Galle International Stadium, while the second will take place on 27th-31st March at the Sinhalese Sports Club Ground, Colombo.

The two sides have been playing test series since the early 1980s. During this time England have won 8 series, while Sri Lanka have won 5. Both teams have been able to win tests at home and when touring, so there’s no clear advantage for Sri Lanka. England have also performed much better overall during the World Test Championship, so are looking favourable heading into these tests.

2020 is set to be an exciting year for cricket, with plenty of action packed test series to take place as part of the ICC World Test Championship. While India currently leads the competition, with a 100% win record, there is still plenty of time for other nations to catch up. With Australia and England close behind, things could look very differently at the end of the year.

How to bet on cricket in-play

Royal Challengers Bangalore: A franchise not afraid to spend money

Why is Jacques Kallis not considered the greatest to have ever played the game?