Who should be the next 2 Umpires on the elite panel

This was from ICC /Cricinfo today -
It seems they are planning to expand the elite panel .
Here's a vote on who should be added from the current next tier of umpires to the Elite Panel . Every one has 2 votes . Please use your votes wisely and do not let personal prejudice influence your vote .

'Errors were made' in Australia-West Indies series

Brain Lara, who suffered more than anyone in Australia, departs after a poor decision by Rudi Koertzen at Hobart © Getty Images


The ICC has admitted that umpiring standards during the three Tests between Australia and West Indies slipped, but argued that the overall standard remained very high.


Dave Richardson, the ICC's general manager, said he was happy to acknowledge that errors were made. "There's no point shying away from that," he explained, "but having said that, we feel the overall standard of umpiring has improved in recent years, particularly with the advent of the elite panel."


The ICC maintains figures on every match, assessing the percentage of out and not-out decisions against each appeal deemed to be correct. Two seasons ago, when this scheme first started, the percentage was 90.9; last year, that rose to 94.8%. It is, however, unclear whether this includes the significant number of spurious appeals which are a feature of some games, or just the closer ones.

"We expect the percentages [for the West Indies-Australia Tests] to be lower than those averages but for the first time we have the means now of providing the umpires with feedback and addressing that." The West Indies board was so outraged with a series of poor decisions that it lodged a formal protest with the ICC.

"We feel the overall standard of umpiring has improved in recent years," Richardson added, "particularly with the advent of the elite panel."


The elite panel should number eight, but David Shepherd, who umpired his last Test in June, has yet to be replaced, adding to the burden on the others. In the last year, for example, Billy Bowden has stood in 12 Tests and 22 ODIs, a possible total of 82 days, discounting the time spent traveling and preparing. He has officiated in every major country except Bangladesh and Zimbabwe in that time. It is hardly surprising that the seven have begun to look jaded of late.


Malcolm Speed, the ICC chief executive, indicated that the elite panel might well be expanded, but it will not be easy to find more officials to stand up to the intense pressure and time away from home the job involves. Peter Willey, regarded as one of the best umpires, declined a place on the elite panel as it would have meant him spending too long away from his family.

Cricinfo has been monitoring umpires' performances in detail for several months and we will soon be unveiling our own ratings system.

I shouldn't have done that. I've just made a fool of myself in front of the whole poll.

seriously, Lloyds or Doctrove along with this bloke: 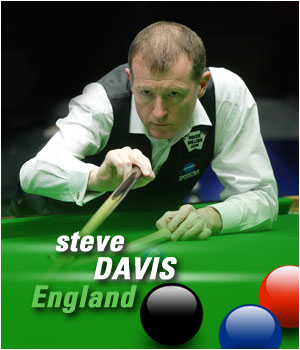 I think you got his nationality wrong on the poll, btw.

Some poll this is. Kevan Barbour should win, because he's from Zimbabwe. They need someone to sway decisions in their direction. Peter Parker should win as well because he's really Spiderman. His Spideysenses could come in handy in detecting faint edges and bump balls.

steds said:
I shouldn't have done that. I've just made a fool of myself in front of the whole poll.

Brian jerling is a good umpire as i have seen in the pakistan and england ODI series.

Simon Davis should definately be one..

aussie said:
Simon Davis should definately be one..
Click to expand...

Will Everton let him go though?

I think Doug Cowie's international umpiring days are over. He started making some shocking decisions a few years back. Tony Hill is pretty good..he might be one of the front-runners.

steds said:
I shouldn't have done that. I've just made a fool of myself in front of the whole poll.

seriously, Lloyds or Doctrove along with this bloke:

I think you got his nationality wrong on the poll, btw.

Believe it or not Steds, The Nugget use to play cricket. He led a side against a Hutton XI (My family team in Essex) for Keith Pont's benefit back in the eighties. I don't know how good he was, though.
Last edited: Dec 14, 2005

Neil Pickup said:
Will Everton let him go though?
Click to expand...

Asoka for a laugh.
S

Finally someone in officialdom is admitting what we all know - Rudi makes plenty of mistakes.

Id like to see more umpires with plenty of playing experience being trialled - Benson, Reiffel, etc.

However, that has to be balances against obtaining representation from a diverse range of countries.

Neil Pickup said:
Will Everton let him go though?
Click to expand...

they might let Simon Davies go, don't think they have much call on Davis..

nadeem ghauri and hariharan have proven in the recent series that they aren't even fit for umpring club cricket.

superkingdave said:
they might let Simon Davies go, don't think they have much call on Davis..
Click to expand...

Dave! Catch up. He changed his name, Yousuf style.
J

The two multiple voters are having a misunderstanding !!