Nintendo said:
Slightly off topic question but why did Chris Lynn stop playing first class cricket? Had 3 hundreds before 21 and his overall first class stats are really good.
Click to expand...

Made of glass basically

Red Hill said:
I hope this is Renshaw's year, from a national perspective.
Click to expand...

TheJediBrah said:
I'm also backing the "Renshaw in the middle order" train. Never fully bought him as an opener, technique-wise, even though he did a decent job.
Click to expand...

Yeah, would be genuinely happy to see anyone his age or younger putting proper pressure on for either an opening or a middle order spot. No shock to say the drop off in domestic batting depth over the past decade has been the number one cause of Australia only occasionally ranking one in tests instead of always doing so, as is our right.
A

Players to watch this Shield season?

It's going to be an interesting one. While the very biggest Test names (bar Starc) are at the IPL, we still have 7 of the current Test XI - Marnus, Lyon, Wade (from round 3), Head, Burns, Paine, Starc. The IPL has also claimed a number of certain starters for Shield sides who aren't in the Test conversation right now - Finch, Maxwell, Stoinis, Carey. The conditions will also be interesting especially if the wickets get tired and offer spin as things go on.
Personally I'm hoping Mac Wright gets a few games, he looks like a very organised batsman. He didn't make runs in the two Shield games he played last season but batting at 3 is a tough ask for a rookie batsman. Hopefully he gets a chance to ease in down the order.
I'm also once again backing Ben McDermott to have his breakout Shield season. It'll happen one of these years I promise.
From other states, aside from the obvious names, I'm looking at Dans Hughes and Solway, Josh Inglis, Jake Fraser-McGurk, and Aaron Hardie. 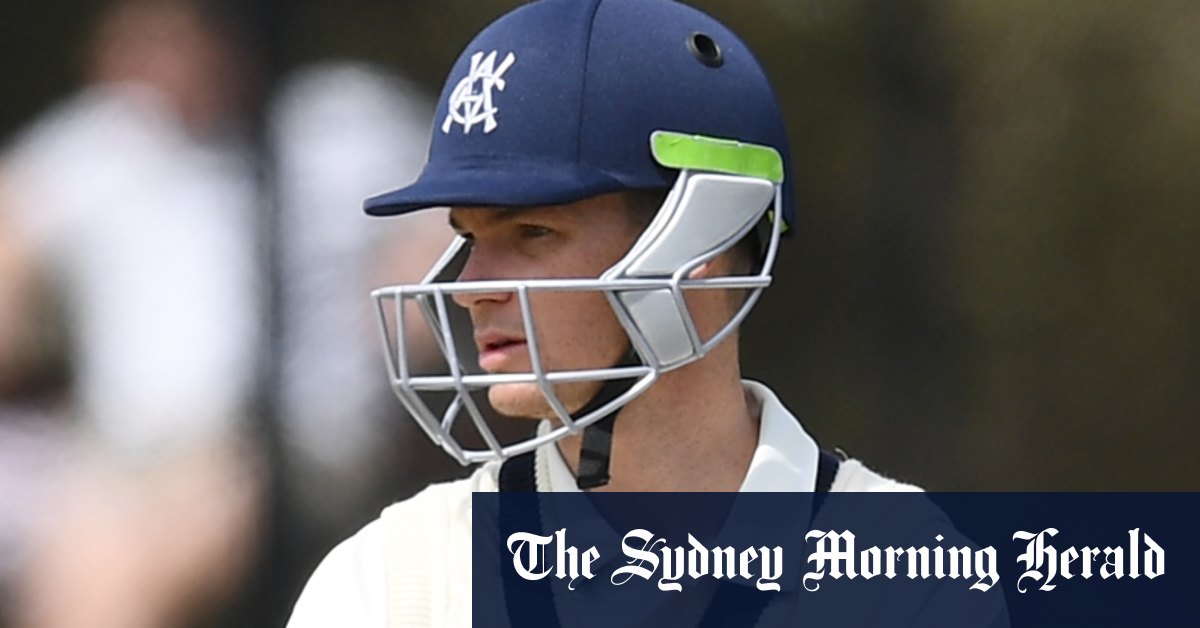 Cricket Australia is facing more scheduling drama because of COVID-19 restrictions, with Victoria seeking a delay in its opening clash against NSW.

Hi and welcome to the forums @akshakimos6 .

It seems like this post is more suited for the thread Australian Domestic Season 2020/21. As moderator, I'm going to merge it into there.

So anyone know if this is being streamed

TheJediBrah said:
So anyone know if this is being streamed
Click to expand...

Wow, no Ferg is a big surprise. Not sure if he had a late injury, wouldn't think he would be merely left out. Brad Davis listed at 3 for now, he'll have to wait as WA won the toss and are batting. Dayboo for Lance Morris for the sandgropers

QLD v TAS about to start

Neser looking very pedestrian early on. Sure he'll warm into it.

Definitely don't agree with current trend of WK batting #6 which it appears likely all 4 teams playing today will have. Paine at 6 looks so wrong especially with Doran at 5 (averaging 27). Really weak batting line up.

Yeah been a bit of a flat start for Neser, Steketee looks in better rhythm but I don't know how much of that is just the angle of running towards the camera.

Silk gets 4 off a bouncer, didn't look entirely convincing though

Silk has looked very tentative playing across the line to a few straight balls. Not a surprising dismissal.

Wakim gone as well now. Neser starting to find some zip after an indifferent start

Didn't even realise this was starting today.

Yet another season of terrible batting awaits.

Cameron Green listed to bat 4 for WA, would love to see it
N

You think tas is weak? Wa are playing Ashton ****ing agar at 6 with no hardie.

Yeah WA full of all-rounders. And half of them aren't bowling.

Certainly Queensland's batting looks a class above Tasmania's, especially with Wade out. Tasmanian bowling should be stronger than Queensland's though.
N

If green makes runs at #4 do u think wa just keep him there when he's bowling again or does he move back down to #5/6?

Nintendo said:
If green makes runs at #4 do u think wa just keep him there when he's bowling again or does he move back down to #5/6?
Click to expand...